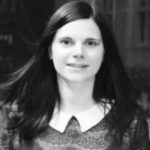 Fiona Lethbridge is a senior press officer at the Science Media Centre, an independent press office working with the UK mainstream media and the scientific community on the controversial science topics that hit the headlines.  Fiona started there as press office assistant in 2012.  At the SMC Fiona works on all sorts of topics from sugar and statins to e-cigarettes and badger culls.  Before joining the SMC, Fiona did a PhD in Evolutionary Biology at the University of Edinburgh, where she was also involved in student radio and podcasting.

Our aim is for everyone involved in science public relations and press work to have the requisite skills, ethical guidance and professional recognition to successfully negotiate the balance between generating news and over-selling research. We strive to provide training, networking and support so members can discuss challenges, best-practice and strategy whilst they share scientific knowledge in a responsible way.